On its 10th anniversary on the stock exchange, Weng Fine Art AG reaches a market capitalization of EUR 200 million - Remaining treasury stock to be sold in 2022 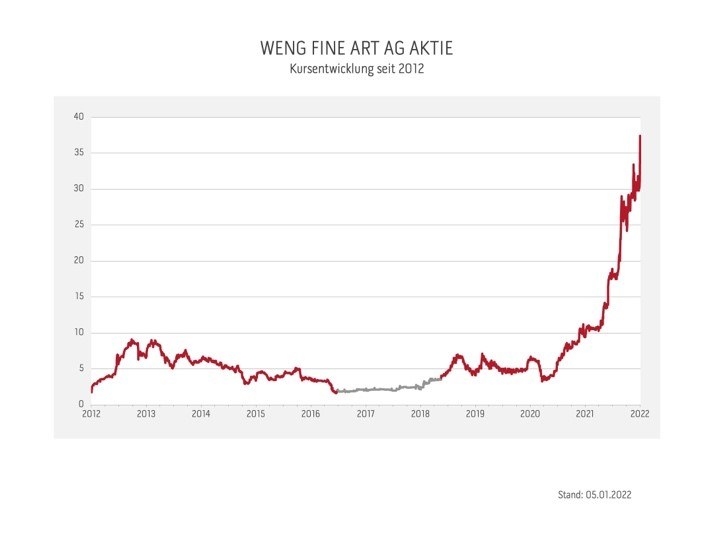 The beginning of 2022 marked the tenth anniversary of the IPO of Weng Fine Art AG (WFA) - on January 2, 2012, the shares were listed on the Munich and Frankfurt stock exchanges at a price of EUR 1.60 (adjusted to split). The first traded price at the time was EUR 1.75. In 2012, WFA was the first listed art trading company in the world. While it took nine and a half years for WFA's stock market value to exceed EUR 100 million on June 15, 2021, the company reached a market capitalization of EUR 200 million just six months later (share price currently: EUR 36). In addition, regular dividends have been distributed since the IPO, which in total have already reached the issue price of the share.

Due to the high continuous demand for WFA shares, the Management Board and Supervisory Board have decided to offer the remaining 100,000 shares from the "Treasury Stock" in 2022 to both professional investors in the USA and in Germany, and, if necessary, to sell the shares via the German stock exchanges. Management is hoping for total proceeds of at least EUR 4 million from the sales, which would flow directly into the company's equity. Corresponding proceeds would be used primarily for possible acquisitions of shareholdings. 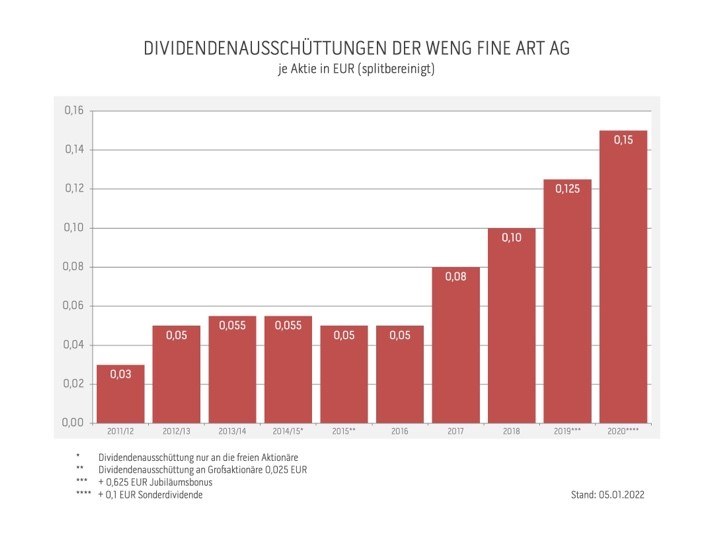